The Outrider Foundation “envisions a world where people live without fear of nuclear annihilation or climate-induced catastrophe.” To forward this vision, we built a flexible system for creating media-rich longform articles and two custom interactives.

What happens in a Bomb blast?

In collaboration with Alex Wellerstein, of the original NUKEMAP, we built an approachable visualization of the dramatic effects of a nuclear blast.

The interactive calculates the radii of the blast's various effects, and estimates the casualty and fatality rates in those areas. The affected areas are drawn using a combination of hand designed textures and GLSL shaders on a custom themed map via Mapbox.

A layered interface allows users to explore more closely to learn about the effects of the blast.

In order to support a planned social promotion campaign, the interactive had to be relatively fast and easy to use on mobile devices. We went through quite a few rounds of design iteration to make a graceful interface without removing any of the content or controls. 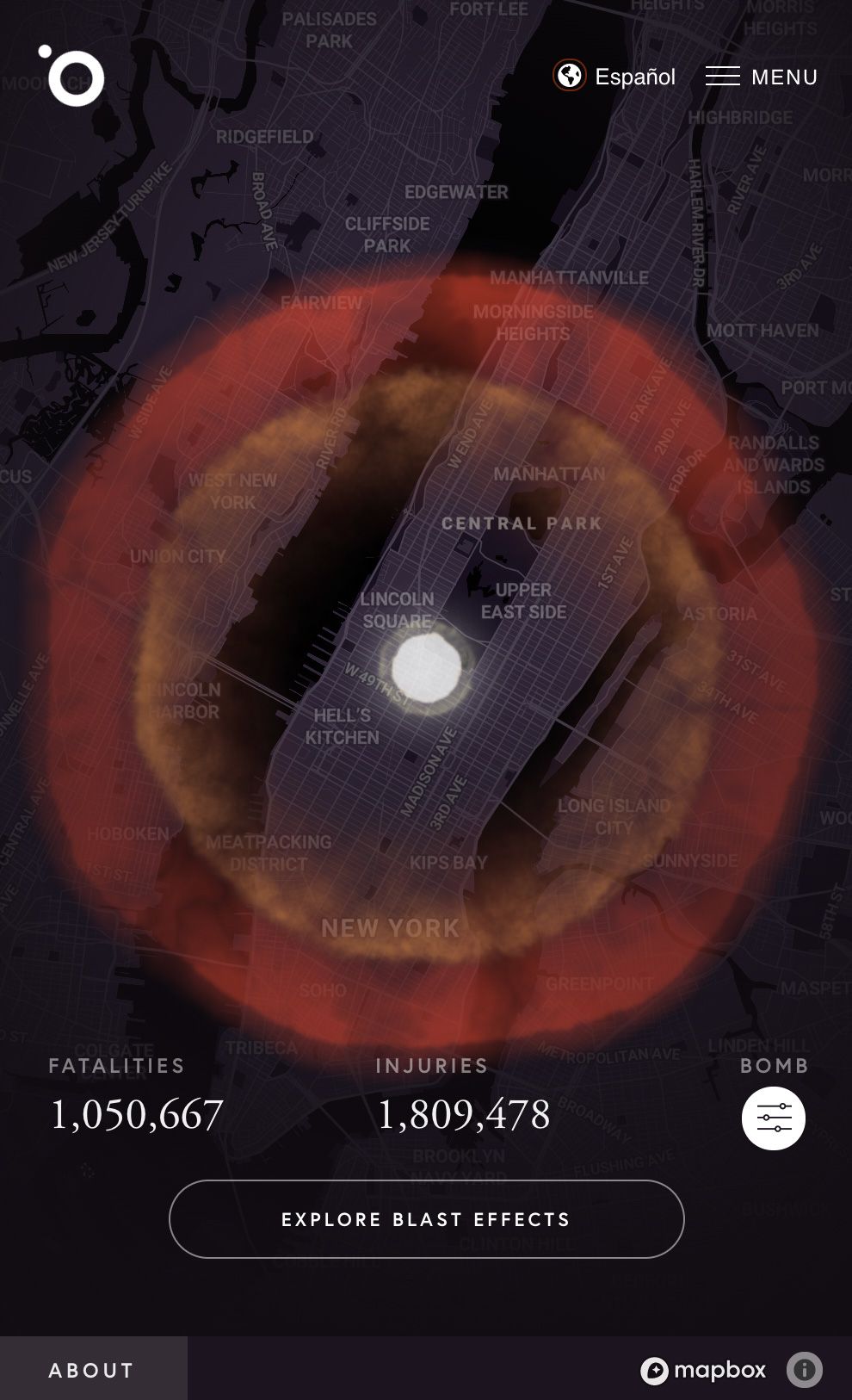 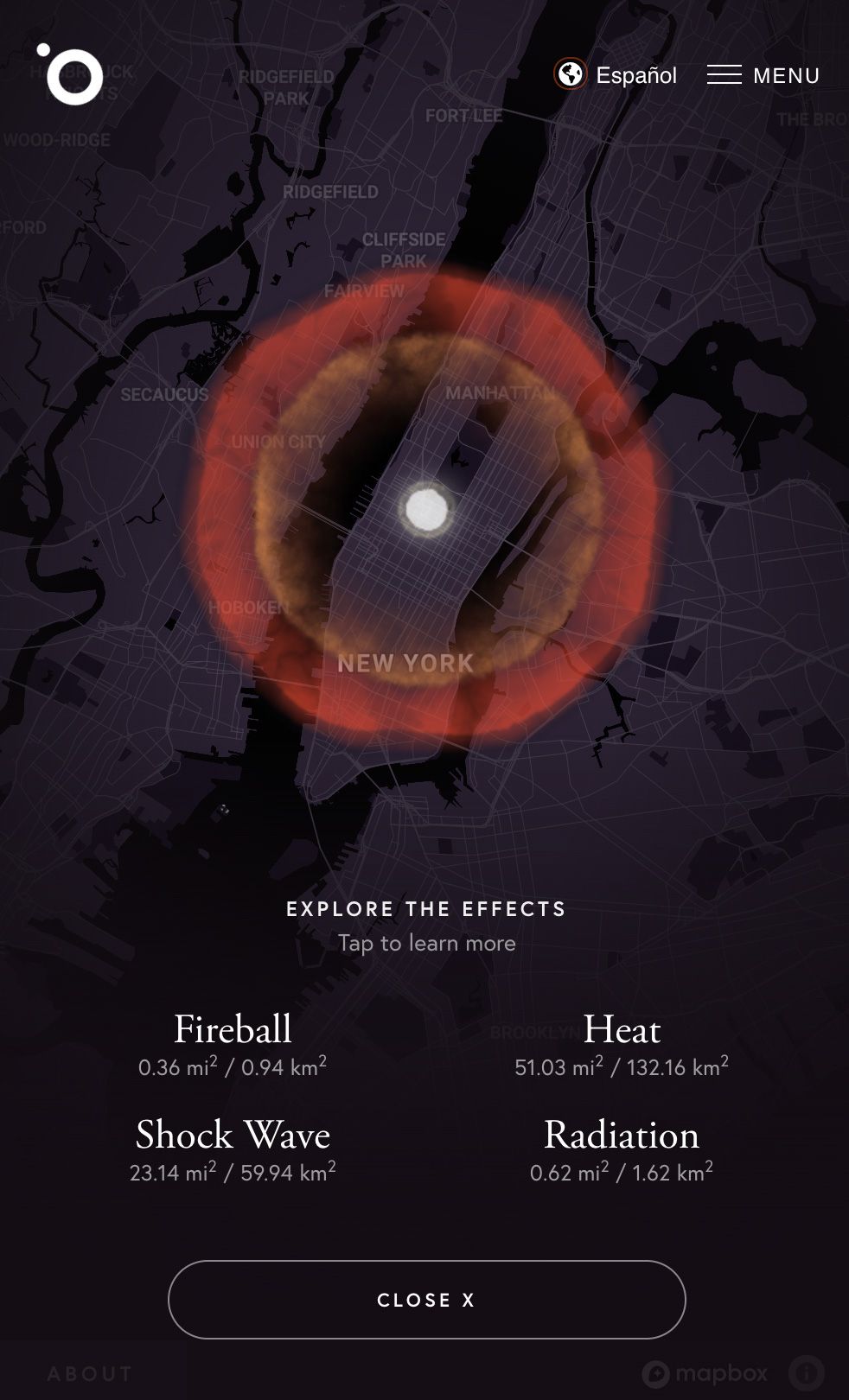 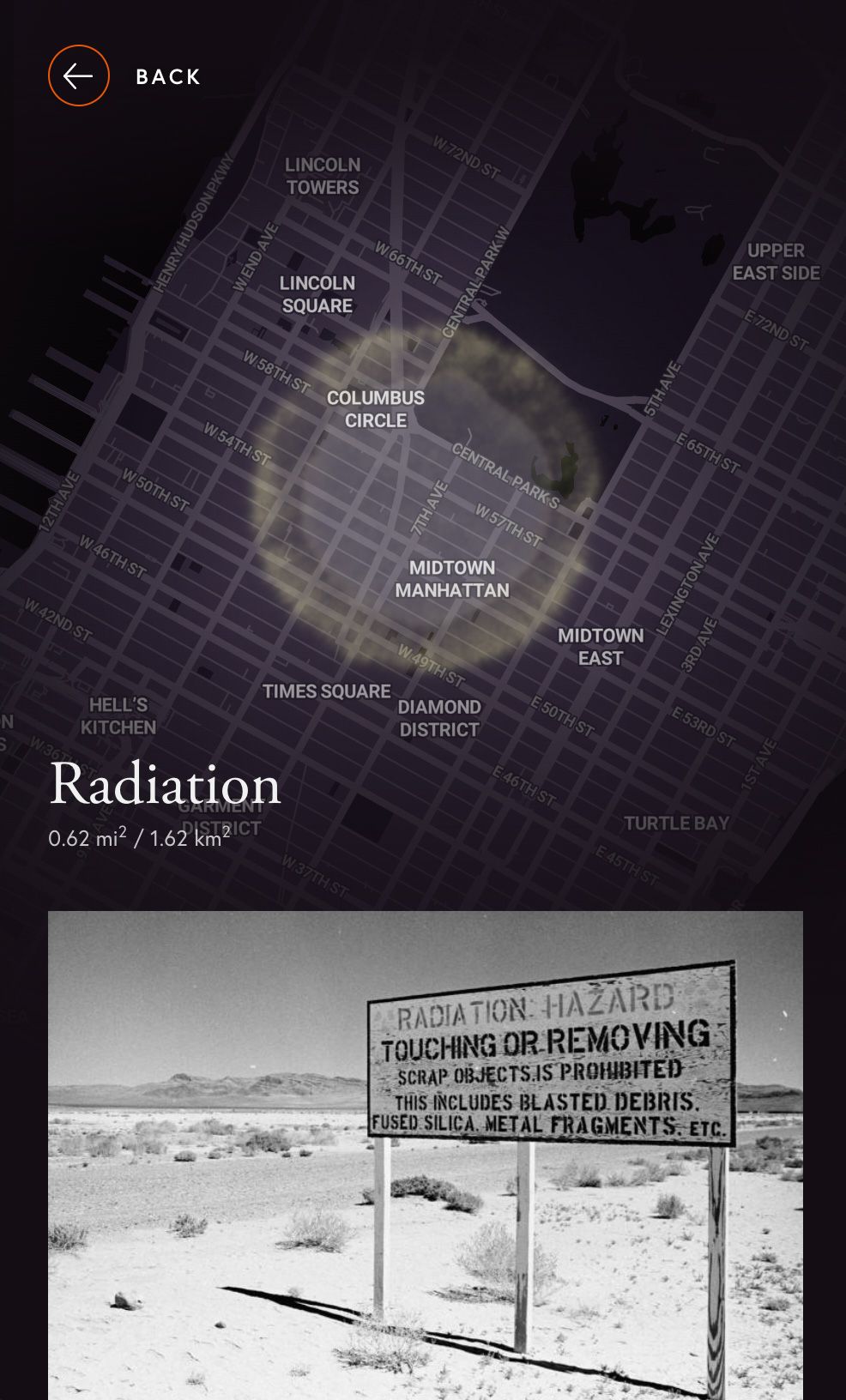 Early adoption of the Jamstack

We knew we wanted to use React to build the complex interactives and wanted the site to be well-indexed by search engines. After a few tests of the at-the-time brand new Gatsby.js, we determined it would be the right tool to meet our needs. Combined with Netlify, we quickly built an automated deployment pipeline which pulled content from our Drupal back-end and pre-rendered the application.